Victoria’s Secret afterparties have always been notoriously glamorous and sexy, serving us with the hottest looks from secret angels and their fellow celebrities.

The fashion show itself leaves everyone with awe, from well-designed garments to steamy lingerie. So, here are the most iconic Victoria’s Secret Fashion Show After Party Looks!

In 2018, Bella Hadid wore a full see-through naked metallic dress at the Victoria’s Secret afterparty. The dress featured an open back and a neckline extending almost to her belly button. Since the dress itself was a statement piece, the entire look was ﬁnished with some subtle yet noticeable accessories, including a silver-studded handbag and high heels.

Not too behind her sister, former Tommy Hilﬁger ambassador and Victoria’s Secret model Gigi Hadid showed up in an all-white bodysuit. Her enigmatic persona and the ﬁnesse with which she carried this Victoria’s secret outfit is truly unmatched. The Jumpsuit featured drop shoulders and a choker styled collar that doubled up as a neckpiece, ﬁnishing up the look with some silver earrings and stark high heels.

Winnie Harlow is a well-established model and a Secret Angel. She is known for breaking the stereotypes of the fashion world and never letting anything from stopping her from becoming a runway model. At the Victoria’s Secret’s afterparty, Winnie wore an astonishingly beautiful mini skirt that probably stole the show. The dress gave an ombre effect with changing hues of pink and silver.

Lingerie is the real star

Afterall, Victoria’s Secret is best known for its sensual lingerie and “inner” wear. So, when Behati Prinsloo chose to give lingerie as the main highlight, no one could take their eyes off her. Keeping with that “BAD GIRL” theme this Victoria’s Secret outﬁt featured multiple layers with a laced bra and across cabled see-through metallic top underneath an oversized blazer. The bottom half had a punk-inspired leather mini skirt with some belt details and a sleek handbag.

There’s no denying that street style has been the mood for the fashion world for a couple of years now. So it was a compulsion to witness a street-inspired Victoria’s Secret’s outfit at the afterparty. This bold, neon well crafted “Drip” speaks the language of the street, the neon Nike pants with patchwork details, and a fall down cardigan styled jacket was a blockbuster.

Unlike most of her fellow Secret Angels, Barbara Palvin chose to ditch a naked dress and wore an all-time classic black gown. The gown in itself showed how well it was envisioned. The asymmetric velvet gown also featured slit bringing the heat down right to our screens. Along with velvet, leather was also used to provide this mind-boggling dress with some structure and to give it a rusty classy vibe. This Victoria’s Secret’s outﬁt is ﬁnished with a shiny handbag and an all-time classic- a pair of black patent leather high heels. 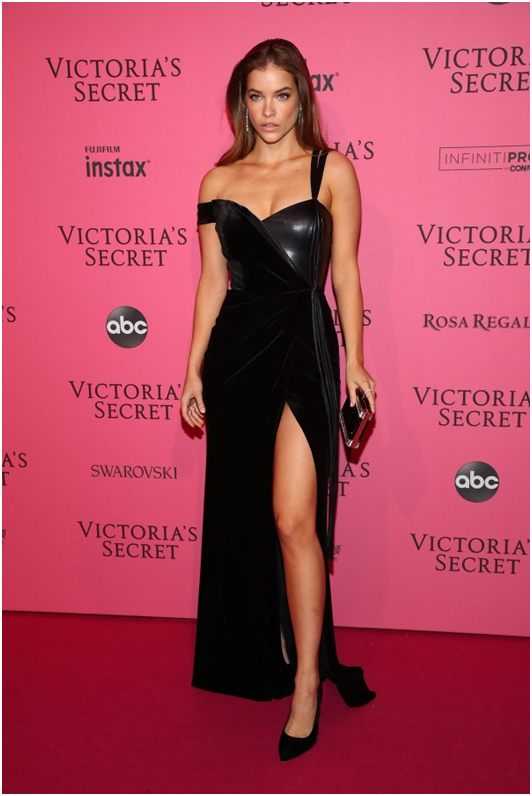 In conclusion, it has now been proved that not only are Victoria’s Secret’s runways sensual and glamorous, but its afterparties are equally hot and tempting. From naked dresses to well-cut classics, these unquestionably are a few of the most iconic Victoria’s secret afterparties looks.

Temporary tattoos to match your outfits

8 lessons we learnt from Ashley Graham on...

No matter if some one searches for his essential thing, thus he/she
wants to be available that in detail, thus that thing is maintained
over here.